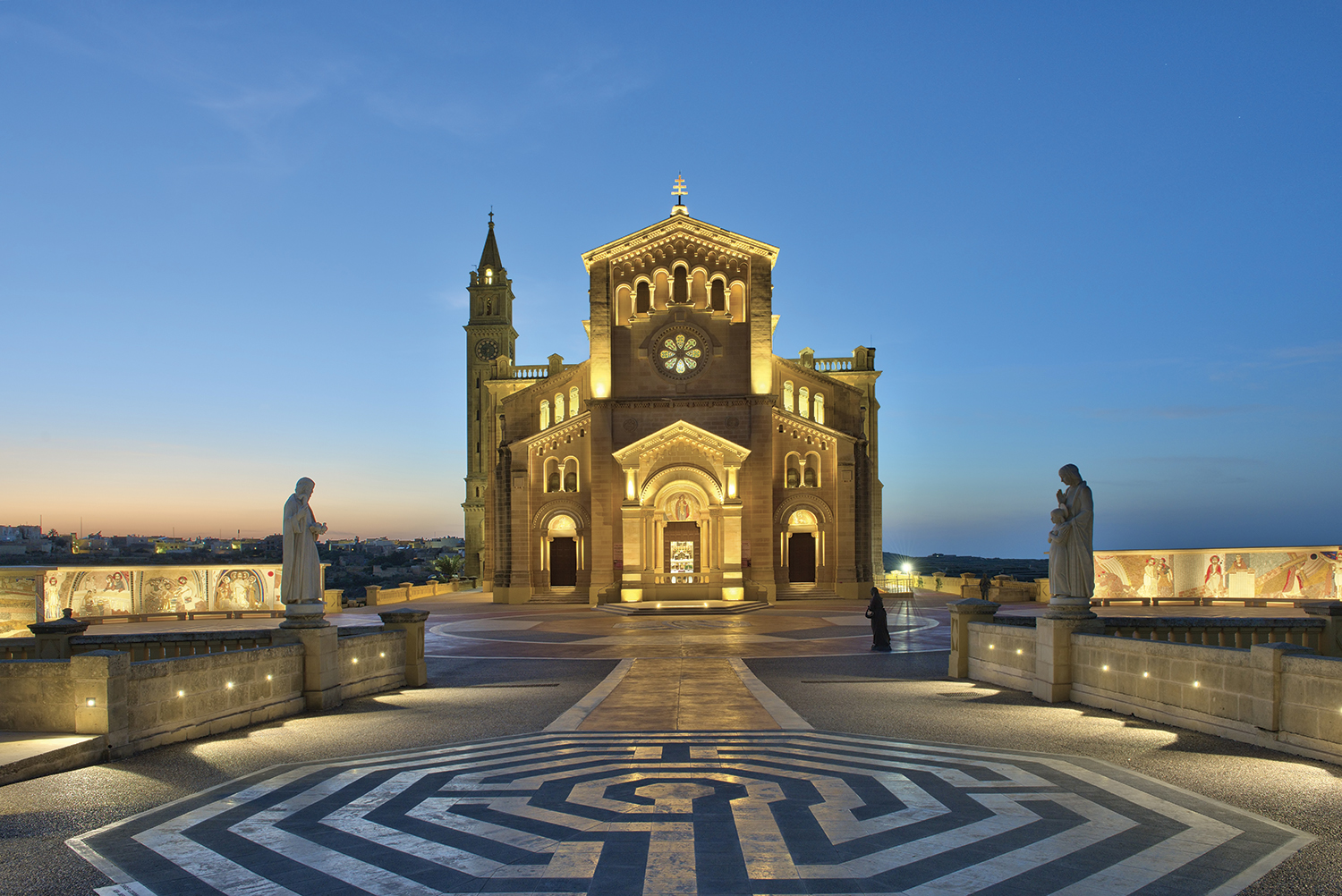 A mystical, light-filled resurrection in Malta

The Basilica of the National Shrine of the Blessed Virgin of Ta’ Pinu is not simply a religious building, it has also been a pilgrimage destination for many years, the most famous in the whole of Malta. This supreme testimony to Maltese spirituality sits in the northwest of Gozo, one of the islands that make up the Maltese archipelago in the Mediterranean Sea. The chapel’s origins are unknown: the first real mention of it dates to the mid-16th century, as a place of prayer dedicated to Our Lady of the Assumption belonging to the noble family of The Gentile.

The cruciform basilica is neo-Romanesque with Gothic elements and features a large rose window and a porch above the main entrance. The lighting on the entire tiered facade has been renovated, the final step of a new lighting design that has been developed in various stages over the last few years with the involvement of the Maltese light planning studio Light Design Solution (LDS). LDS chose L&L Luce&Light lighting fixtures as the ideal devices to bring out the site’s special features.

The LED light emitted by NEVA 1.0 linear profiles, 3000K 18W, with 60 pitch and elliptical optics, illuminates several architectural elements on the facade, including the pilasters of the main entrance and the lesenes in the upper section. The internal profiles of the window mullions are highlighted by LYSS 1.0 projectors, 3000K 5W, with 10°x180°optics, while, in the round arches of the side doors, SPOT 1.6 projectors, 3000K, 2W, 40°, have been installed and outline the columns against the light.

The spacious parvis features large Byzantine-style mosaics placed on curved walls suggestive of the open arms of a mother’s embrace that Pope Francis spoke of in 2017. The mosaics depict the 20 mysteries of Christ’s life represented by the rosary and were created between 2015 and 2017 by the Centro Aletti in Rome. They are lit by projectors, placed between the benches, that make the red and gold inserts stand out particularly well, thanks to the high colour rendering index of the LED light sources. On the raised area in front of the porch, there are three RIO linear profiles, 2.4, 2800K, 38W, recessed flush with the floor. These emit a diffuse light and are switched on during outdoor celebrations, when a temporary altar is set up to celebrate the services.