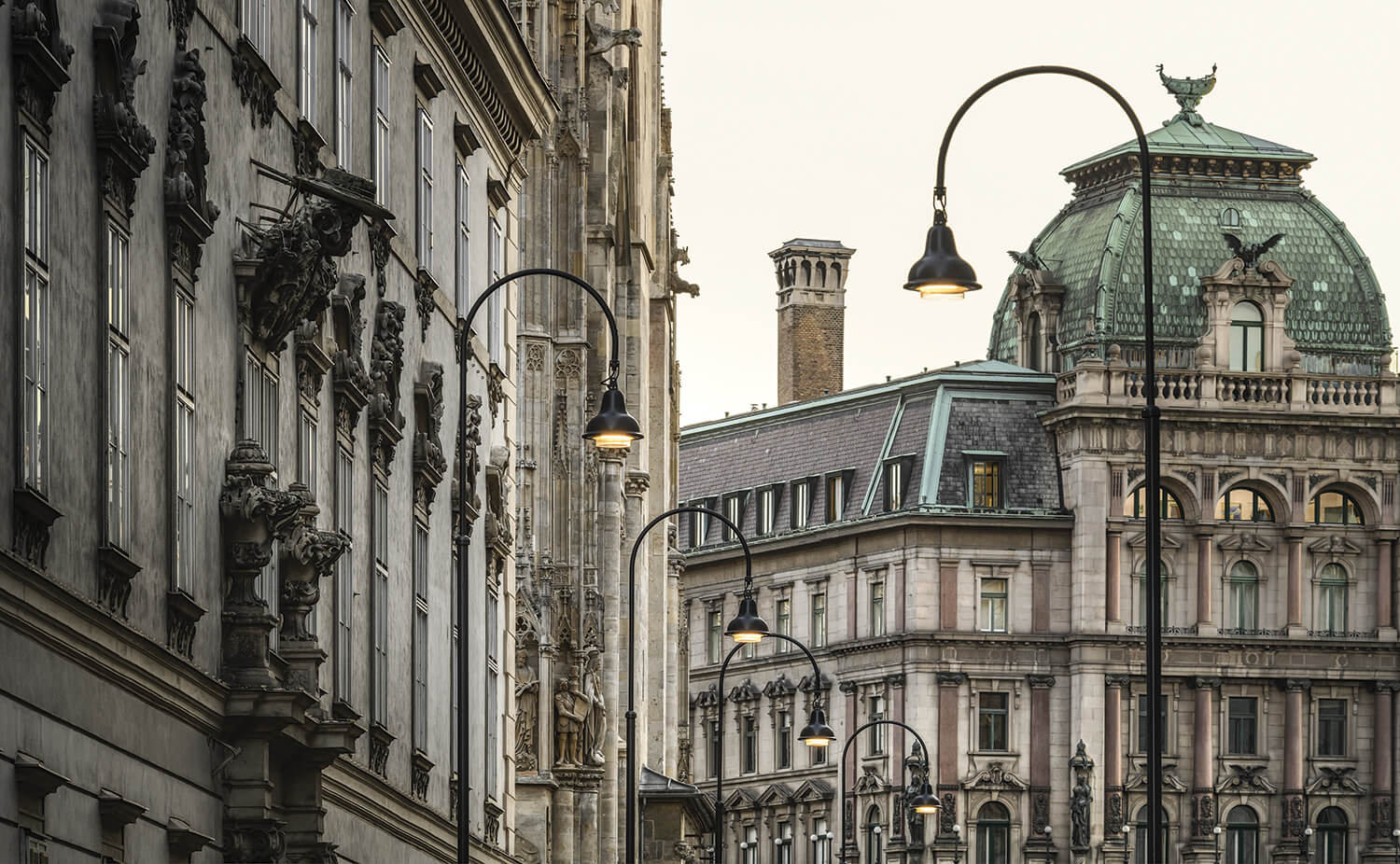 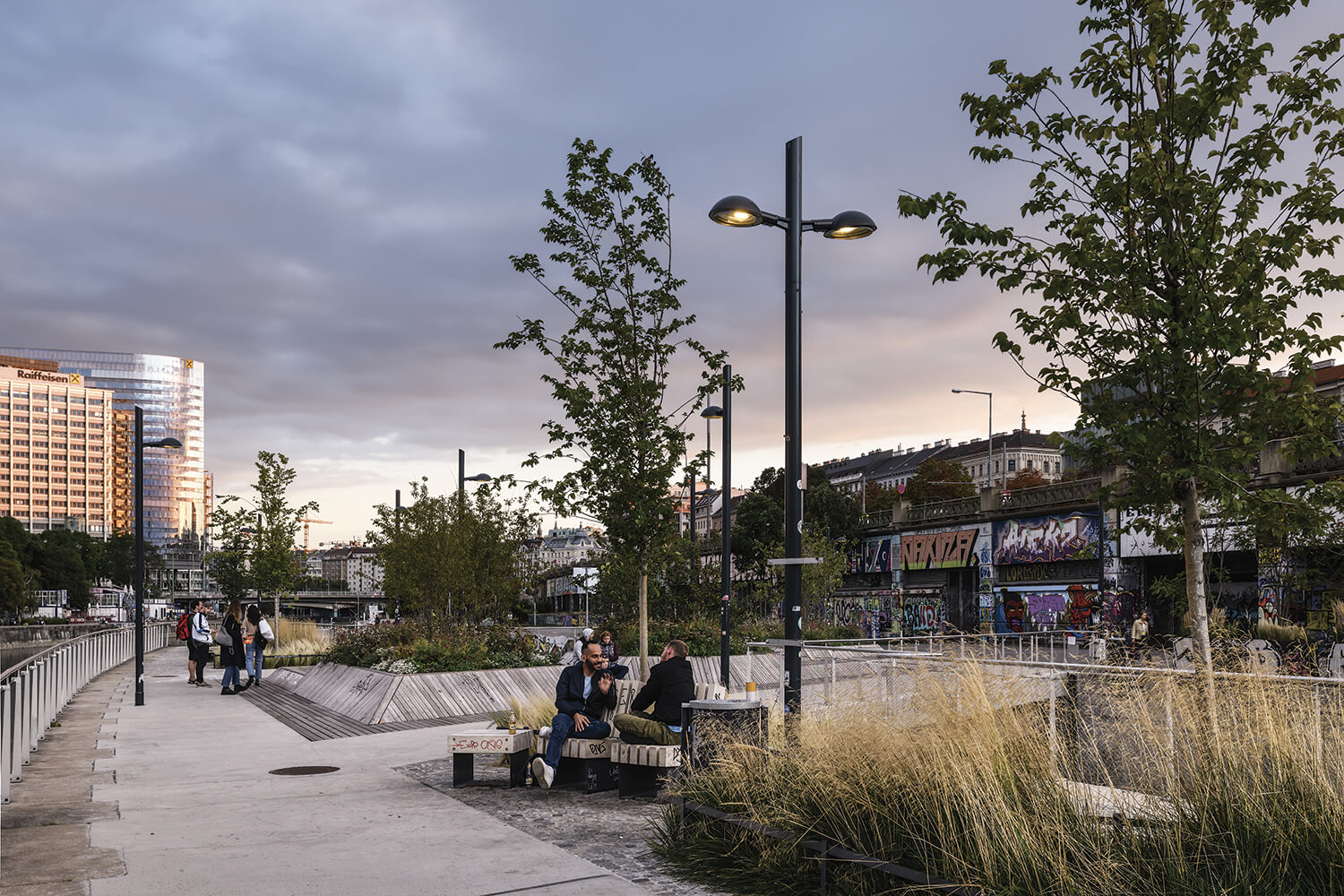 ewo, the lighting company from Kurtatsch, South Tyrol, is delighted to equip Vienna with a new lighting concept

This project is an ideal opportunity for ewo to shine, drawing on 25 years of innovative thinking and excellent craftsmanship. ewo is eager to furnish the city with new standard luminaires and unique lighting solutions in the historically sensitive city centre and along the famous Reichsbrücke. With ewo, public space becomes a living room, and street lighting becomes a beacon. After all, this lighting brand is well-known for transforming public spaces into feel-good places consistent with its motto of empowering wellbeing outdoors.

Vienna’s public lighting department, MA33 – Wien leuchtet (Vienna shines), operates approximately 158,000 luminaires along 2,800 kilometres of roads and paths throughout the city. In 2016, the department issued its new lighting master plan for a large-scale LED refitting. The city’s comprehensive modernisation project started with a kick-off event in 2017 under the name “LED it shine”. The goal is to switch out all conventional fixtures for LED luminaires by the end of 2026. The city’s LED conversion began with replacing its catenary luminaires and will continue by switching out a total of 80,000 pole-mounted street lights for the new ewo Viennese luminaire.

The ordering and delivery of the new standard Viennese luminaires are logistically optimised in close coordination with the suppliers. This means that care is taken to order only as many as can be installed in parallel. The project’s progress can be tracked via the wien.at city map. Durability and ease of maintenance are paramount due to the enormous number of luminaires required to illuminate Vienna’s urban area.

“The cooperation with ewo and especially with its founder and technical director Ernst Wohlgemuth has been cooperation at eye level,” says Gerald Wötzl, head of the MA33 technical competence centre. “ewo has responded quickly and at a high conceptual level to all of our requests. They’ve stood by their word at all times.” So far, ewo has met the MA33’s high demands and expectations. Wötzl emphasises: “Our goal is to make Vienna the city with the highest quality lighting.”

“Having been able to assert ourselves in Vienna’s highly competitive tendering and enhance public wellbeing in this culturally rich metropolis with our lighting systems is a milestone for our company – and one of which we are very proud,” ewo CEO Hannes Wohlgemuth raves. “One evening we asked the residents of an already converted Viennese park if they noticed a difference. The residents said their evening walk home was much more enjoyable and the paths were much better lit. When we hear statements like these, we know we can be proud of our daily work.”

The replacement of luminaires is a significant contribution to saving the planet, as 60 percent of the energy previously required could be saved just by exchanging the suspension luminaires This saves more than 700 tonnes of CO2 per year and thus makes an active contribution to the ‘climate model city’. It is a further step towards resource conservation in the sense of the Smart City strategy, which aims at reducing the final energy consumption per capita in Vienna by 30% by 2030 and by 50% by 2050 compared to 2005.