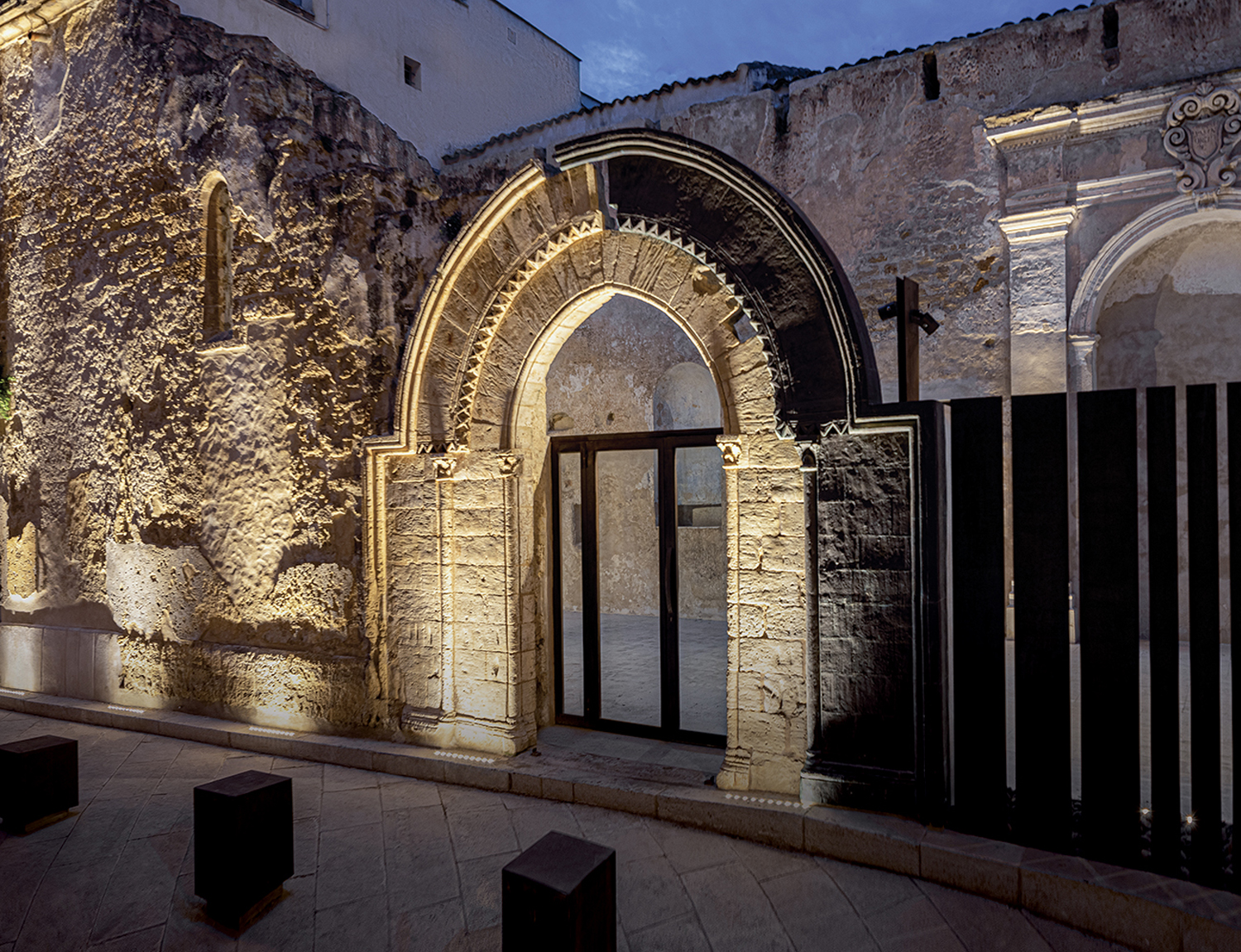 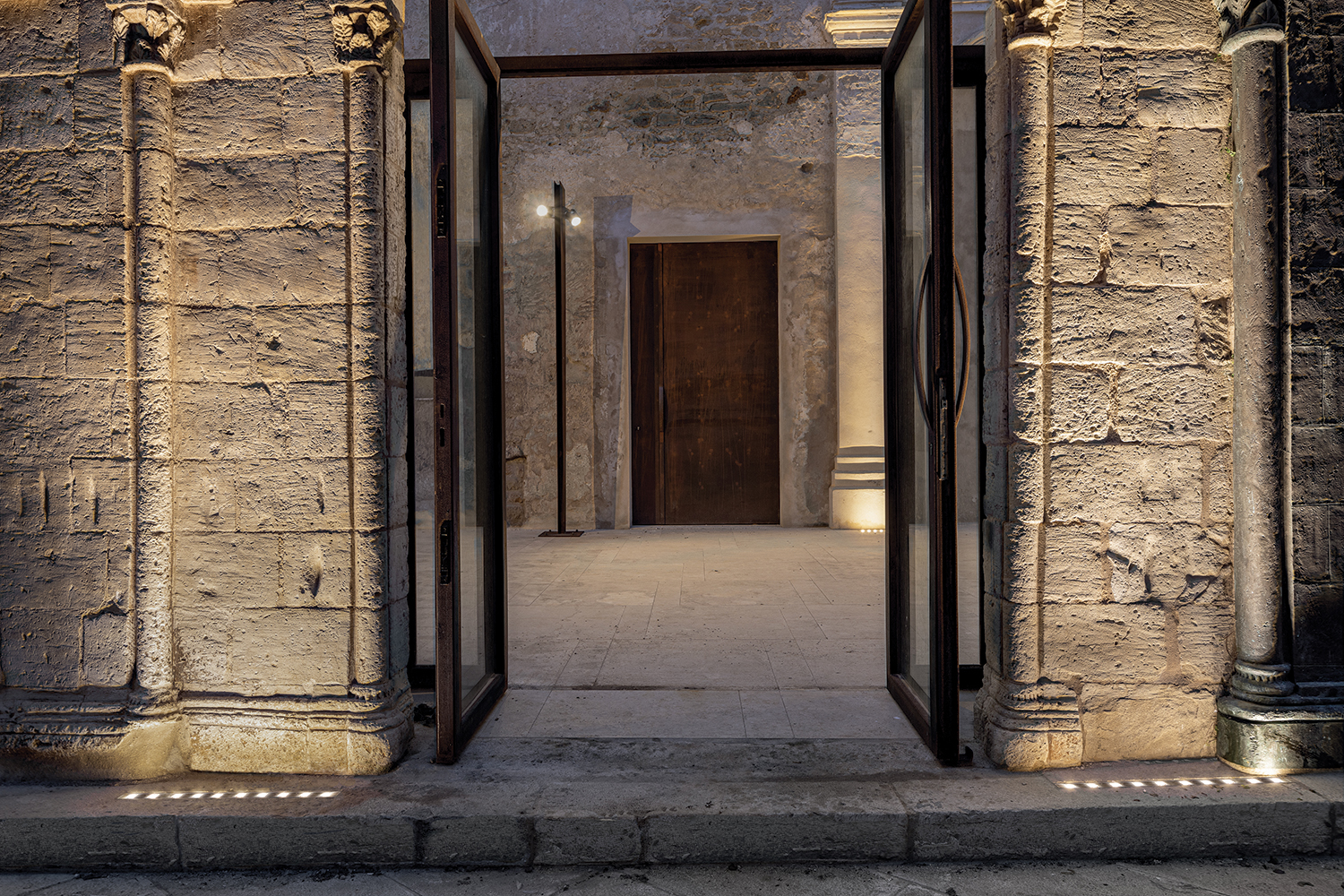 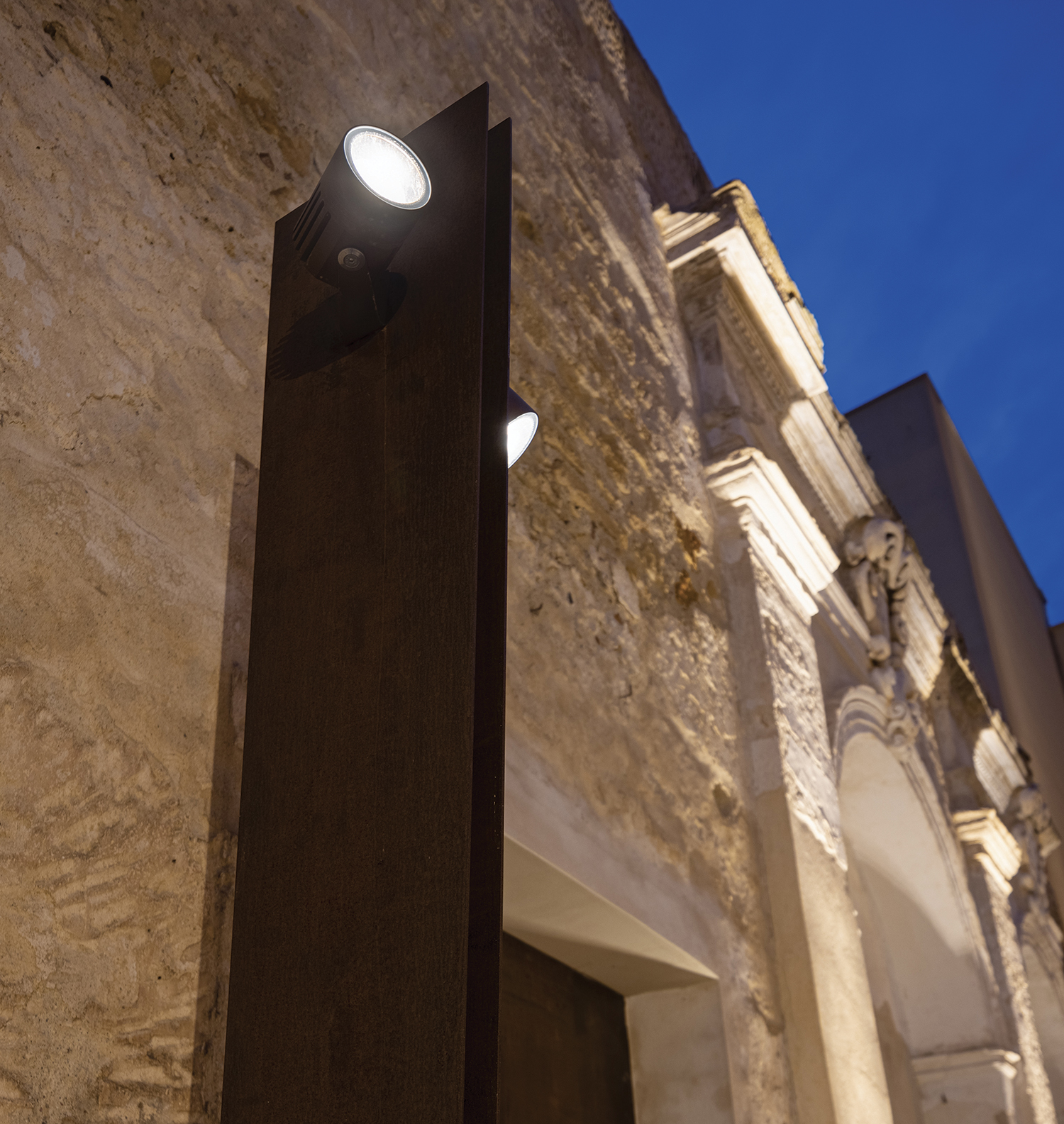 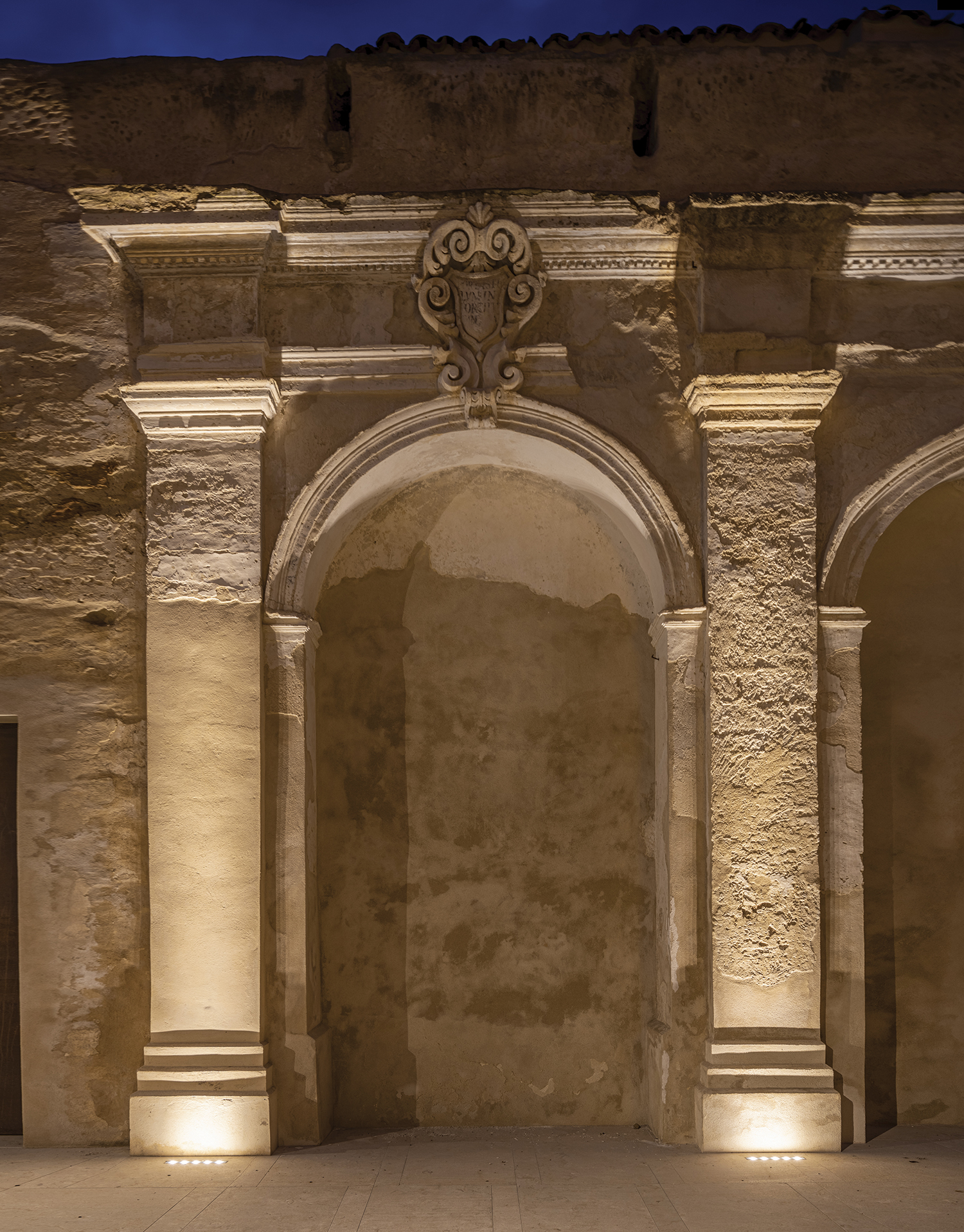 This is the story of a religious building that has undergone redevelopment to become a space for social and cultural events: the former church of San Giovannello in Marsala, Sicily. The church was founded in the 14th century by the Chiaramonte family, and the interior was restored in the 17th and 18th centuries in full Baroque style, with the creation of side chapels built into the thickness of the walls and decorations of cornices and superstructures typical of the artistic taste of the period. In 1943, during the Second World War, bombs hit the church, demolishing the apsidal area and leaving the entire building without a roof or most of its perimeter walls. The project to renovate the exterior, overseen by local architect Domenico Nuzzo, began in the 1950s with the reconstruction of the portal.

Shortly afterward, work was interrupted and did not begin again until 2018, when the architect Giovanni Nuzzo, Domenico’s son, was appointed by Marsala City Council to complete the project begun by his father. He started by conducting structural and conservation analyses with the help of a member of the third generation: his son, also called Domenico. In completing their family mission, the two architects reforged the broken links in the urban fabric, rescuing this space from the clutches of weeds and neglect. They reconstructed the entrance arch, the most distinctive part of the church and, unfortunately, the most damaged, using the ancient technique of lost-wax casting. This involved creating a plaster cast of the stone that makes up the arched portal and casting it in bronze. In the same spirit of making the reconstruction obvious without altering the site’s historical authenticity, the architects recreated the collapsed perimeter wall with 53 vertical cor-ten panels, some of which are bent to symbolise the suffering of the war. The spaces between the panels allow passers-by to see inside, especially in the evening when the lighting is on, and the panels are outlined against the light.

And it is light that has enabled this location to take up its place in Marsala’s history again in its new guise en plein air, thanks to the lighting provided by L&L Luce&Light fixtures. In the apsidal area, reconstructed like a stage set, a long vertical slit is made even more dramatic by the light of a Bright 1.0 recessed fixture emphasising its inner thickness. The minimalist Neva linear profiles with elliptical optics that light the external wall highlight the remains of the variegated plaster, while the same profiles, with 11° narrow optics, pick out the partially reconstructed pilasters, accentuating the cornices and arches.

The choice of cor-ten outdoor Kleo projectors mounted on posts reinforces the sense of a new urban look for the former church of San Giovannello. An indoor space transformed into an outdoor one; a church transformed into a venue for the social and cultural events of the Marsala community: it has been ready since the end of 2020 but, as so often happens in these times, still awaits its much-anticipated debut.