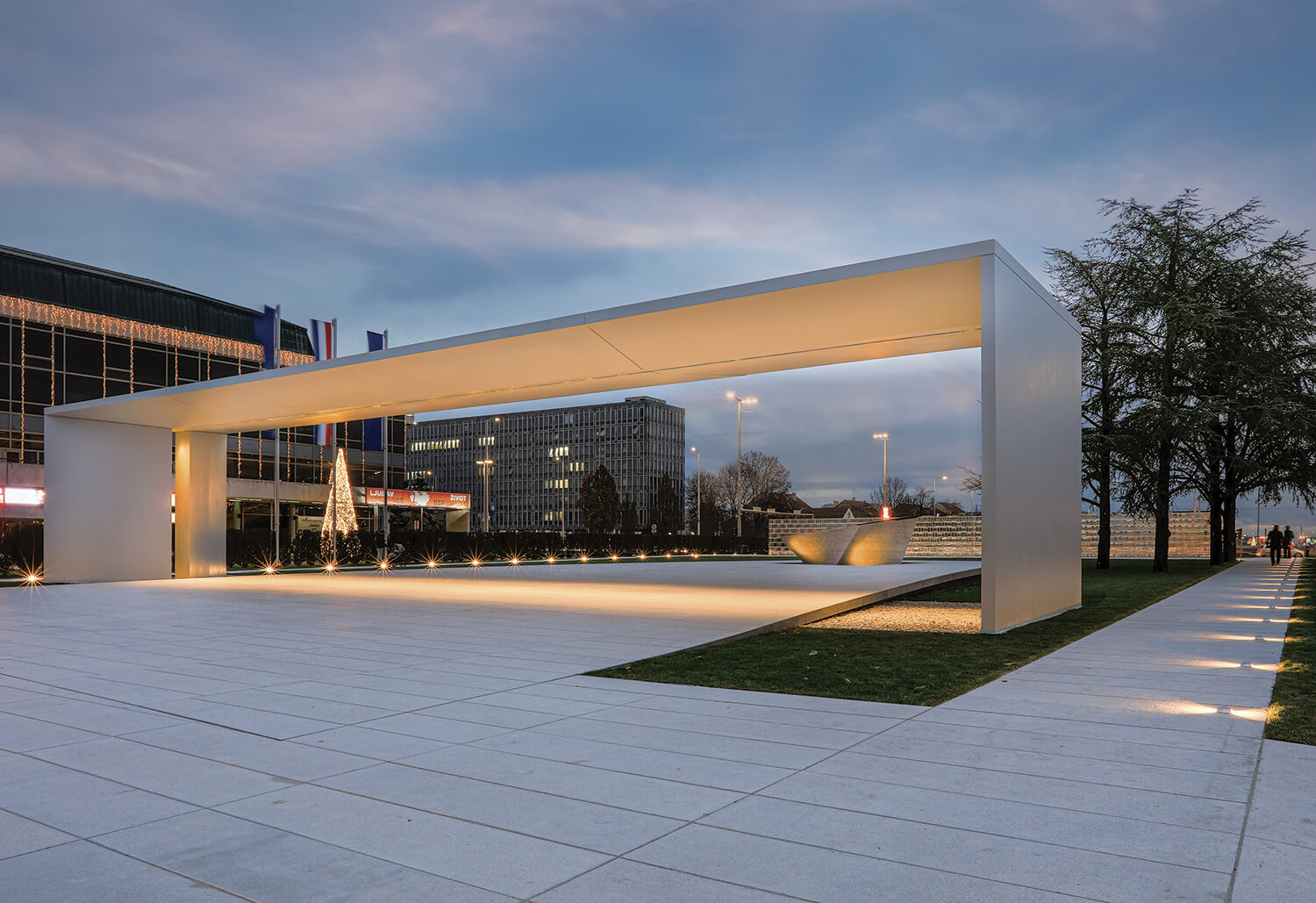 Shining a light on memories

To illuminate the construction, L&L Luce&Light fixtures proved to be the most suitable lighting solutions; a gentle but highly evocative light

The Monument to the Homeland in Zagreb, Croatia, is a striking symbol of Croatian history, an emblem of identity, belonging and awareness, and a place that expresses a deep sense of suffering and memories. Recently built on a large grassy area in front of the Vatroslav Lisinski Concert Hall, right in the centre of the city, the monument is the work of Croatian architectural practice Nenad Fabijanić. Their commission was to create a new urban space for gatherings and official ceremonies, a meeting place where all those who contributed to the creation of Croatia are honoured.

The Monument is composed of three elements of great symbolic value for the Croatian people, known as the Portal, the Wall of Pain and the Altar. The first of these, the Portal, is an architectural reference to city gates and triumphal arches, with simplified forms that nevertheless retain a monumental character. The second element, the Wall of Pain, is inspired by a previous monument built of bricks that was dedicated to the Croats who gave their lives for their country. It has been given a modern twist through the use of glass and transformed into a light, ethereal structure resting on a pool of water, an iridescent work that reflects the weather from moment to moment. The third element, the Altar, stands in the space between the other two – a stone monument that holds the eternal flame, completing the national symbolism.

To illuminate the entire construction, lighting design studios Ortoforma and Telektra chose L&L Luce&Light fixtures, which proved to be the lighting solutions best able to meet the design expectations. A gentle but highly evocative light delicately caresses the rigid shapes of the imposing Portal, thanks to a series of Neva 1.2 linear profiles, 3000K, 63W, with 45° optics and honeycomb louvres, that are installed in the structure’s horizontal section and also cast a uniform light on the paving below.

The scenic effect of the Wall of Pain – which seems to emerge from out of the clouds – is created by the light coming from Bright 1.6 316L underwater recessed fixtures, 3000K, with diffuse optics, positioned at the base of the glass wall. Their light mixes with the water spray and gives it substance, producing the effect of an other-worldly wall of light. All around, a series of Rondò 3.2 step lights in AISI 316L stainless steel mark out the entire perimeter of the monument complex with a radial double beam, defining the space.