Home » NEWS » In the subterranean spaces of Verona, light is brought to the hypogeum 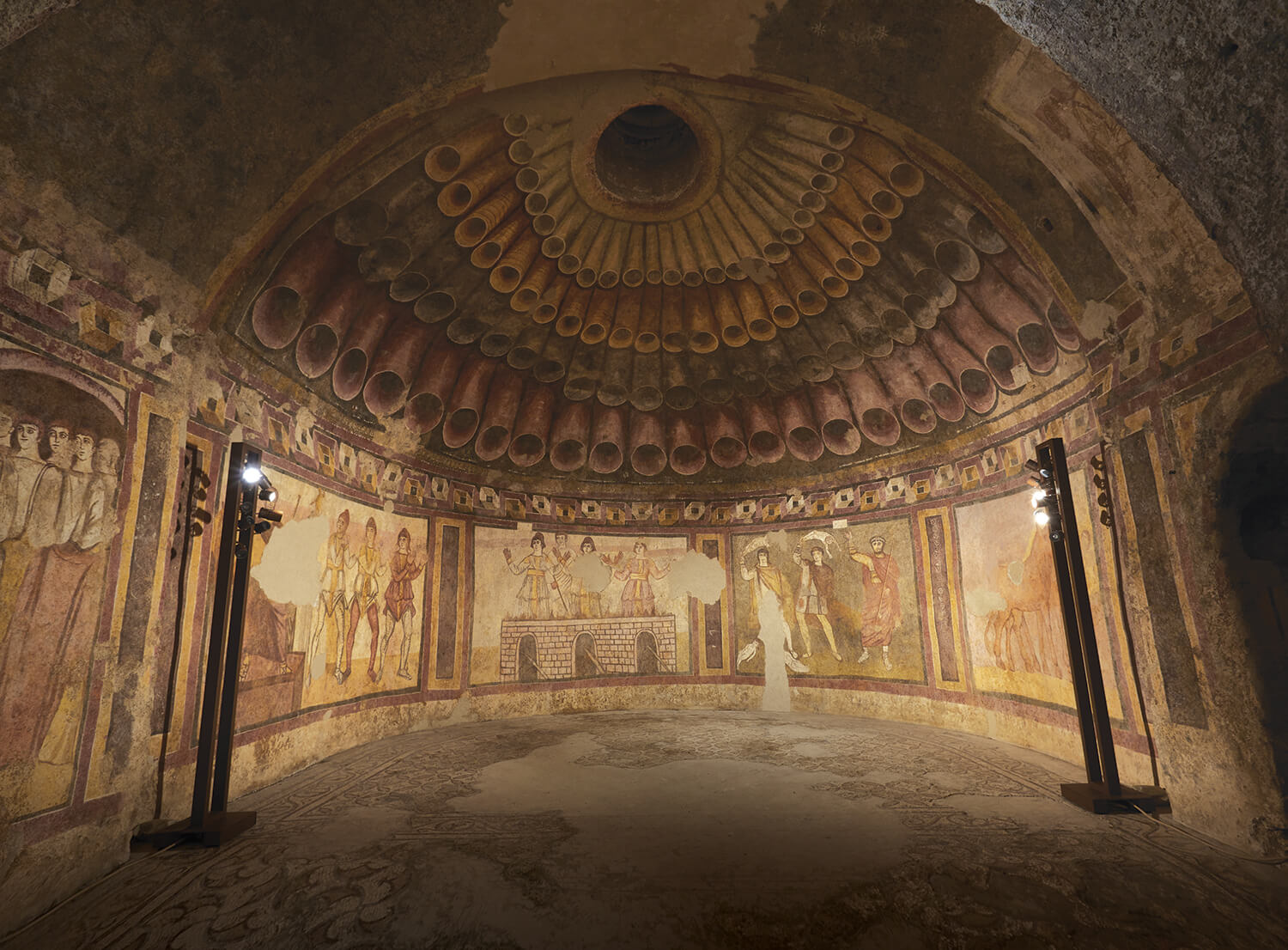 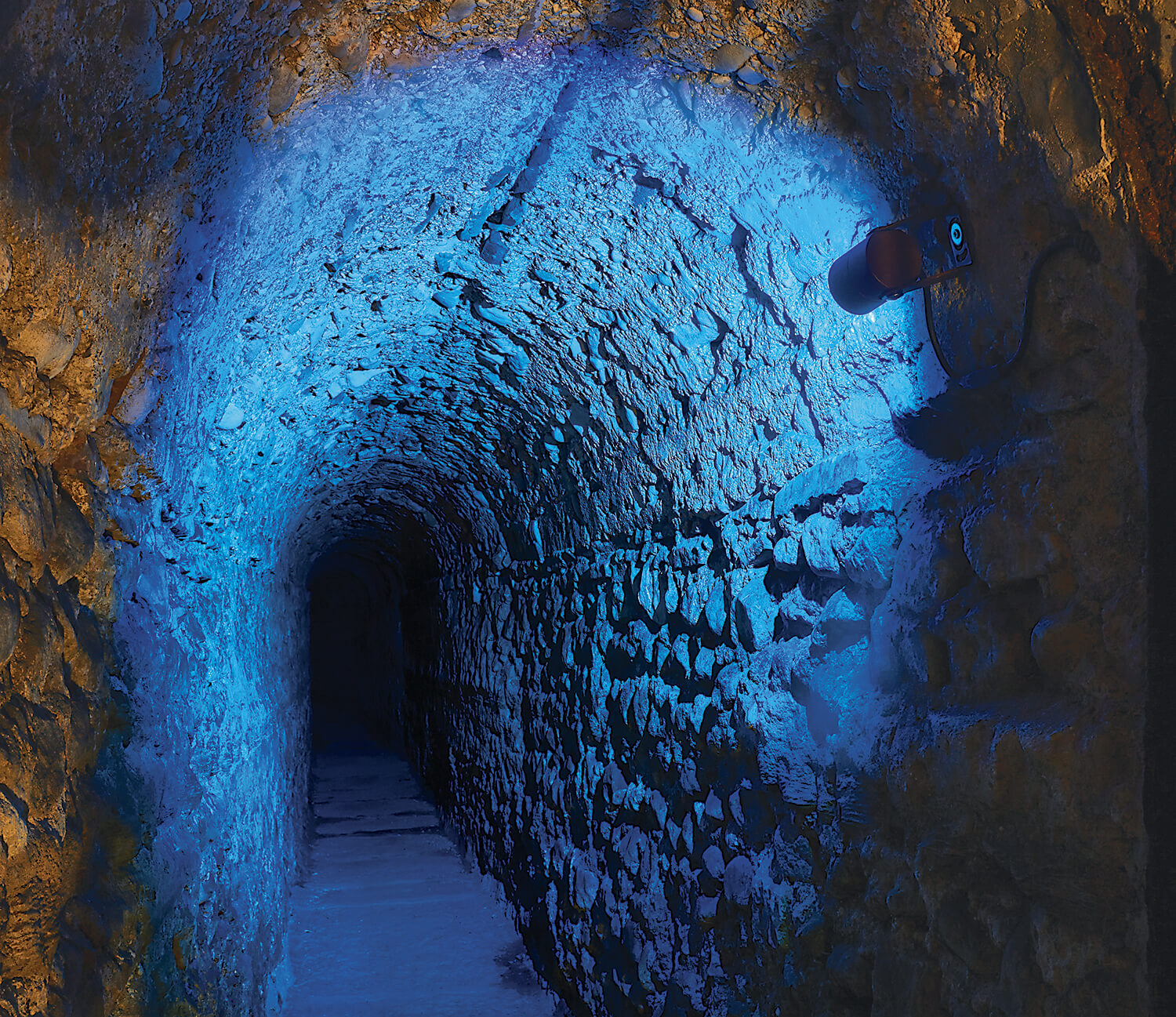 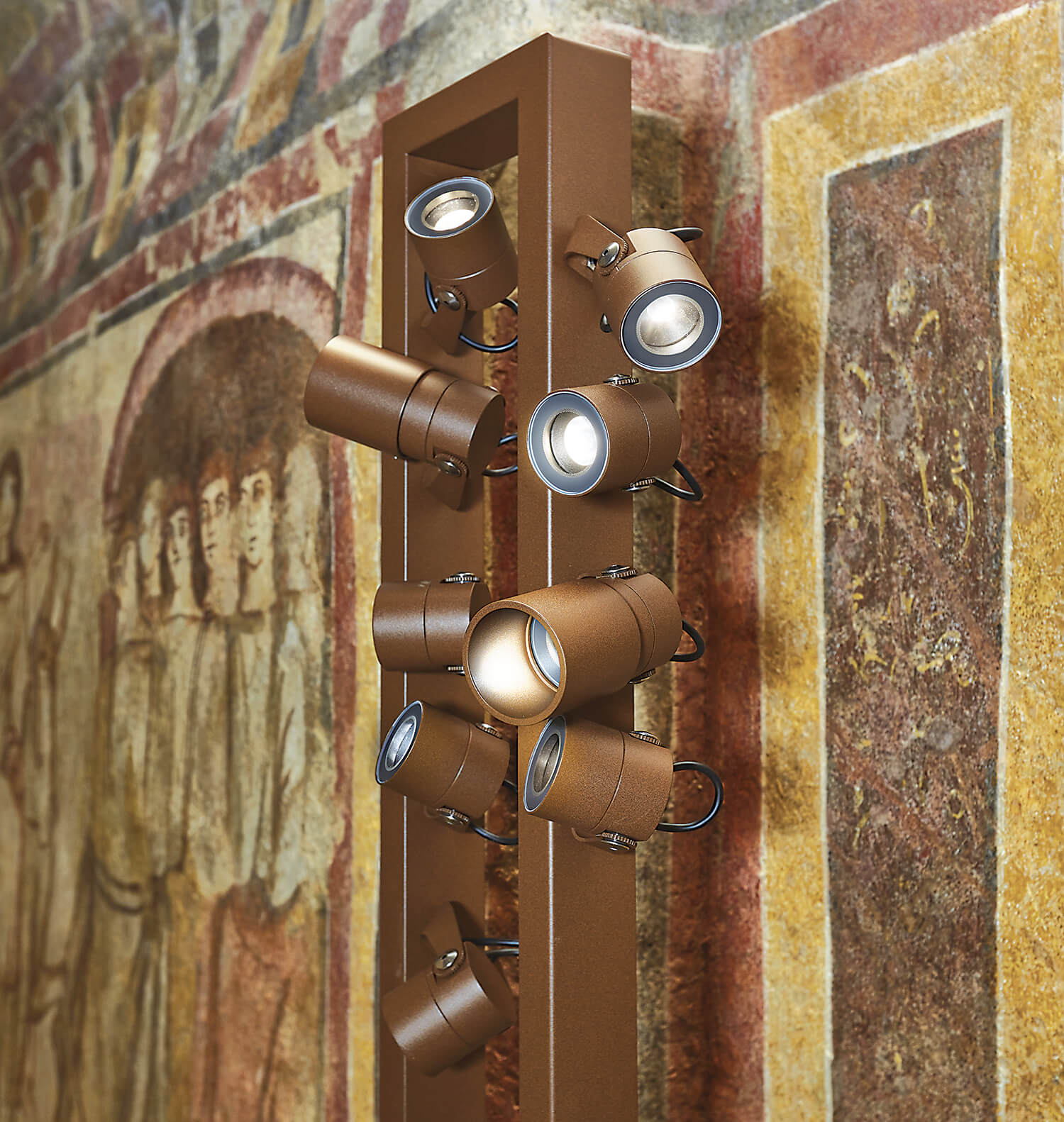 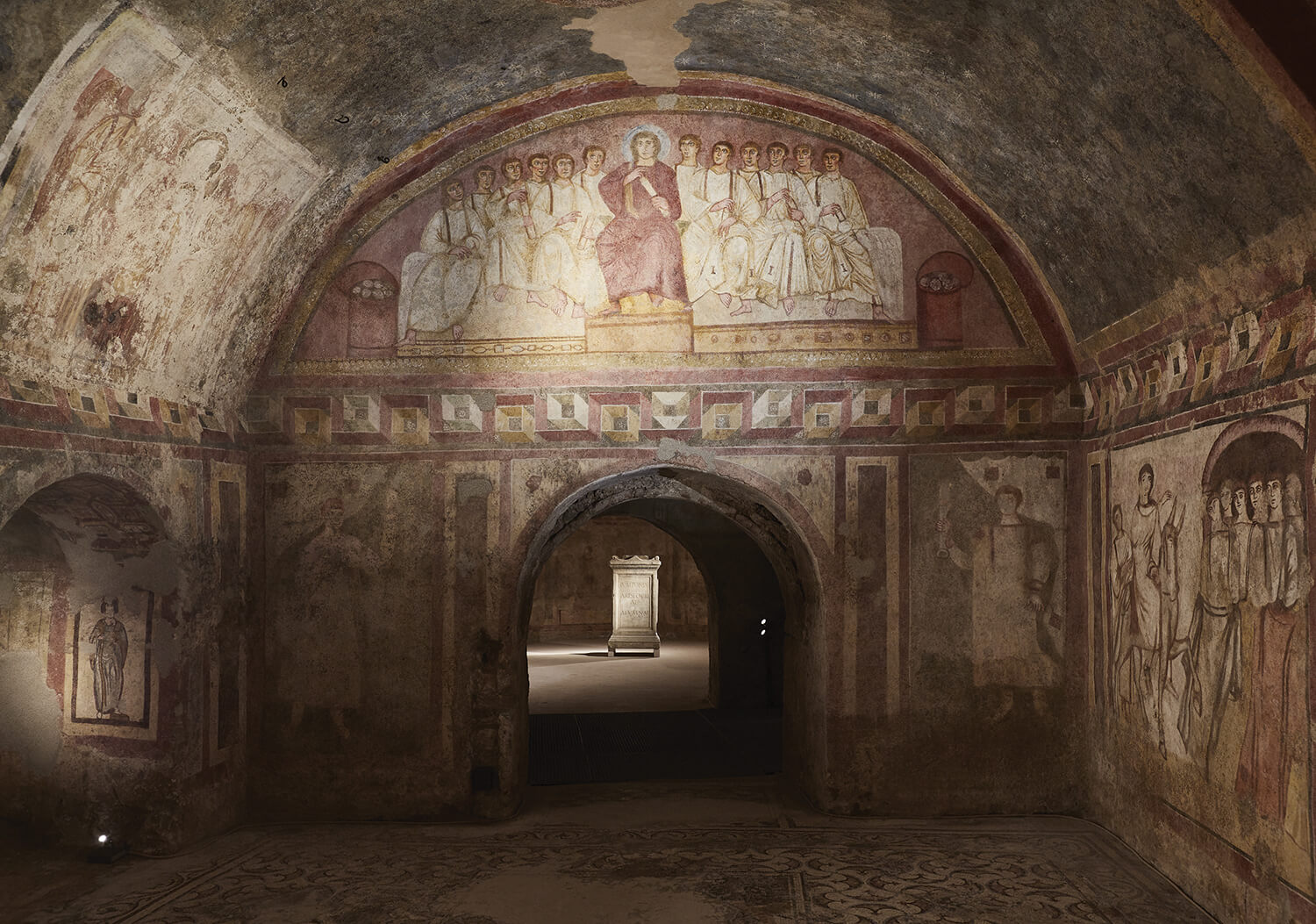 In the subterranean spaces of Verona, light is brought to the hypogeum

A new lighting system from L&L Luce&Light, for the hypogeum of Santa Maria in Stelle

The hypogeum of Santa Maria in Stelle, located below the church of Santa Maria Assunta, in the heart of the Valpantena valley just east of Verona, is a very special archaeological site. It started as a Roman aqueduct and reservoir built by the Gens Pomponia in the first century AD to capture the water from the spring that flows in that area. It has undergone many changes over the centuries, from a pagan sanctuary dedicated to water nymphs, commissioned by Publius Pomponius Cornelius in the 3rd century AD, to an early Christian place of worship in the 12th century, when Bishop Zeno of Verona had the first baptismal font built, and a mediaeval pilgrimage destination for deacons and priests. In the 9th century, the hypogeum was consecrated by Pope Urban III and made suitable for liturgical celebrations.

In 2020, after many years of restoration work, a new lighting system was designed by Lucearchitettura of Verona, lighting designers Cinzia Todeschini and Lorella Marconi. The project’s initial study and development benefited from the collaboration of Ing. Luigi Antolini as a historical consultant for the site.

A flight of stairs connects the entrance to the subterranean complex. The entrance way is lit by a profile that creates a wash of indirect light on the vault that blends with daylight to allow visitors to gently adapt to the dark environment. At the foot of the stairs, a statue of Publius Pomponius Cornelius, the location’s creator, is fully illuminated thanks to the 13°x52° elliptical optics of a Ginko 2.0 projector from L&L Luce&Light. Uniform lighting on the stairs and precisely directed lighting on the statue make the entrance safe and easy to negotiate.

Continuing along the path, visitors cross the corridor to enter the space where the former entrance, originally open to the sky, was located at the foot of a staircase that used to lead down from what is now the churchyard. This detail shaped the concept for the lighting in the room, a sort of “rain” of light, achieved with indirect lighting on the barrel vault. Two Ginko 2.0 projectors, with elliptical and 8° optics respectively, were installed behind the cor-ten profile on the ceiling to provide accent lighting for a sculptural detail – and for the architrave, with a Roman inscription dating back to the 3rd century AD, that sits above the access to the erstwhile conduit. This passage is lit with indirect, diffuse light dimmed to 30% and directed downwards, creating a contemplative environment to prepare today’s visitors – currently limited to students – for the frescoed scenes from the Old and New Testament in the cells beyond the conduit. A single Ginko 1.0 projector (3.5W, 36°) shines a grazing light on a precise point on the wall halfway along the route, revealing the first important evidence of the hypogeum’s transformation from a pagan place to a sacred one: an engraving made by Bishop Zeno depicting the Chi Rho, the early Christian monogram cross with the dual function of exorcising and consecrating the location.

Here, as elsewhere, the significant constraints that an archaeological site of this kind brings with it have been skilfully overcome thanks to the creation of pedestals designed by Lucearchitettura. In this space, in fact – the first room with catechetical scenes and with a ceiling decorated with a double sine wave pattern – the vault and frescoes are lit by a number of Ginko 2.0 projectors (7W CRI >90 3000K, 34° and 45°) that are mounted on 900mm cor-ten-painted stainless steel poles positioned at the four corners of the room. The fixtures are fitted with snoots to avoid dazzling anyone standing close to them. The southern cell embodies the hypogeum’s dual soul: it contains a Roman altar with two inscriptions, pagan on the front, facing the entrance, and Christian on the back. It is set off with dramatic bilateral lighting through the use of two narrow-beam (11°) projectors. Other elements in the south cell are also picked out with light: the sub-chapel to the left of the entrance, the recently discovered Nativity, and the north wall with its frescoed lunette above two figures carrying torches. The lighting fixtures are mounted on a pedestal that holds five Ginko projectors, each with different optics and with a colour temperature of either 3000K or 4000K, so that details can be illuminated with different colours.

The pedestals, devised by the lighting designers specifically for the hypogeum, have a slender, hollow shape that echoes the pilasters of the frescoes and does not impede the view. In addition, the power supply elements are reduced to a minimum, as each pedestal is fed by a single electric cable running inside the structure. To light the works in the north cell – that is, the mosaic floor, the vault, the catechetical scenes on the lateral walls, the lunette above the entrance and the barrel vault – two free-standing pedestals were used, equipped with nine projectors with different light emissions and colour temperatures. The need not to interfere with the cycle of paintings contributed to the definition of the pedestal’s geometry: its height is established by the cornice with a perspective meander decoration.

The reliability and resistance to oxidation and corrosion of the material used in L&L Luce&Light’s lighting fixtures were the factors that led to the choice of Ginko projectors for this location with its high humidity percentage. The lighting system was designed to take visitors – a maximum of four at a time to keep CO2 levels under control – on an experiential journey. The lights, activated by the guide with an app, illuminate one scenario at a time, magically revealing the story. 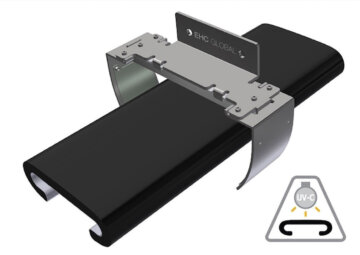 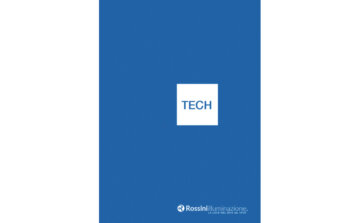 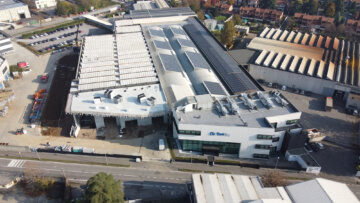