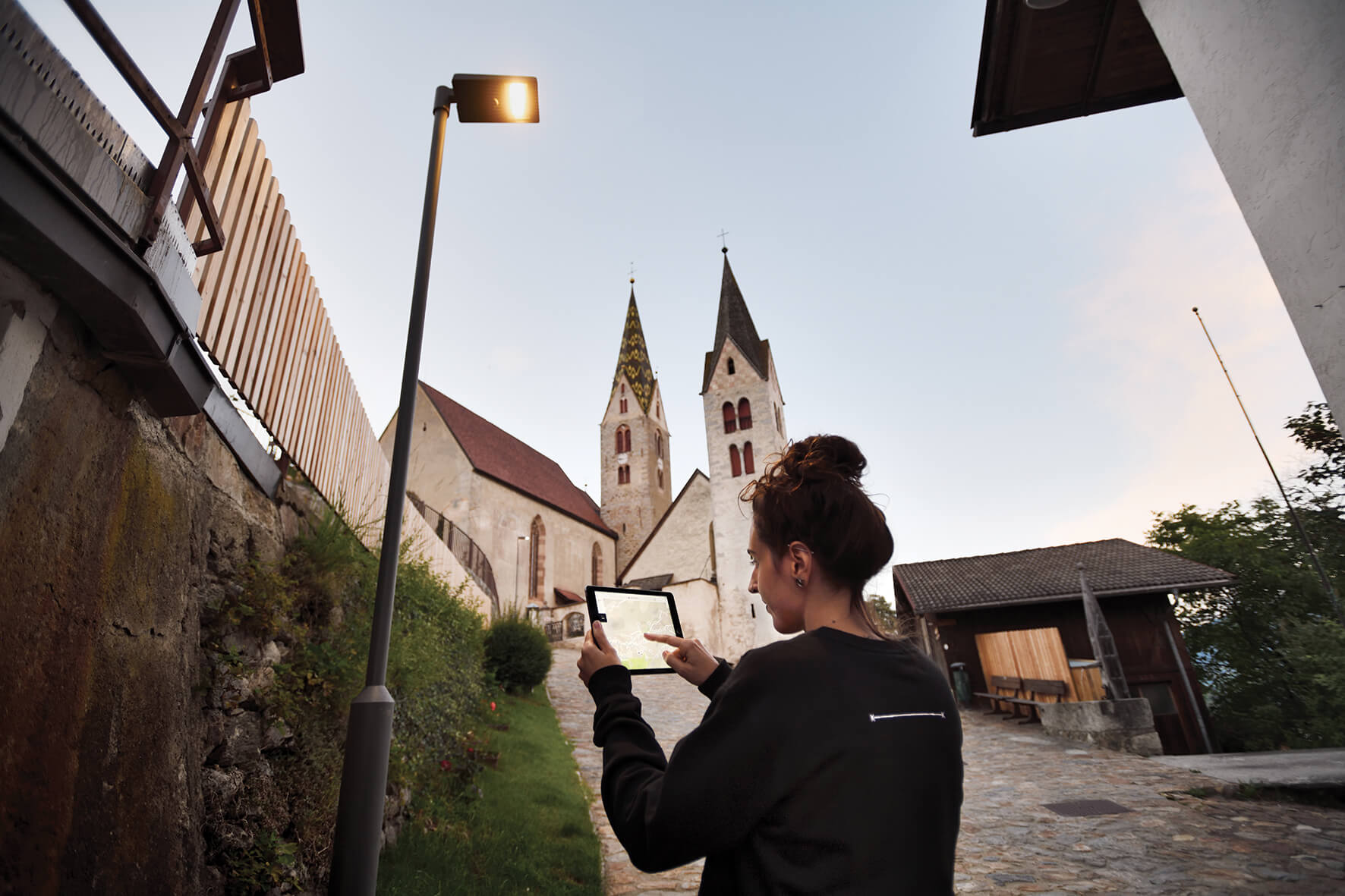 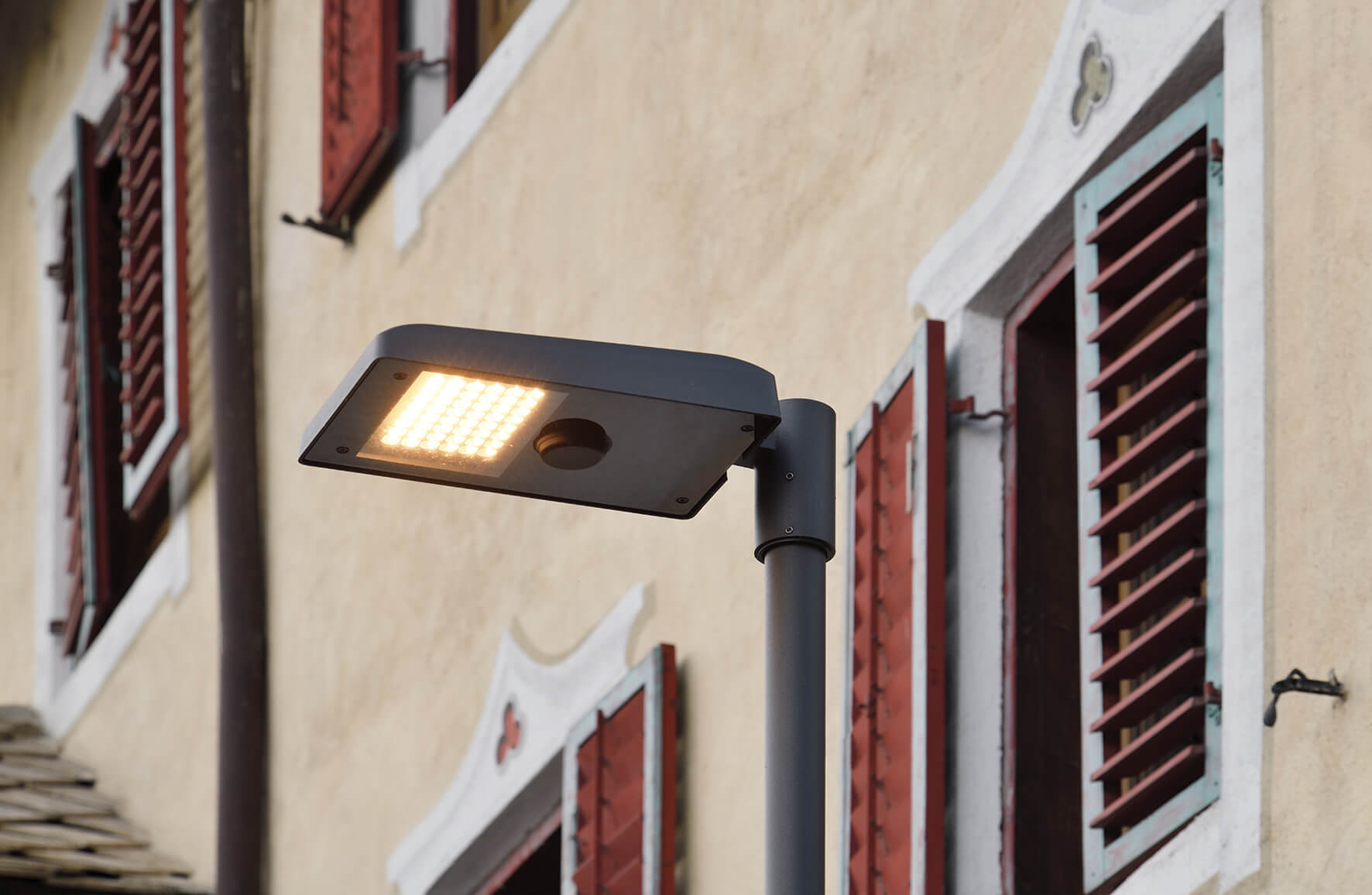 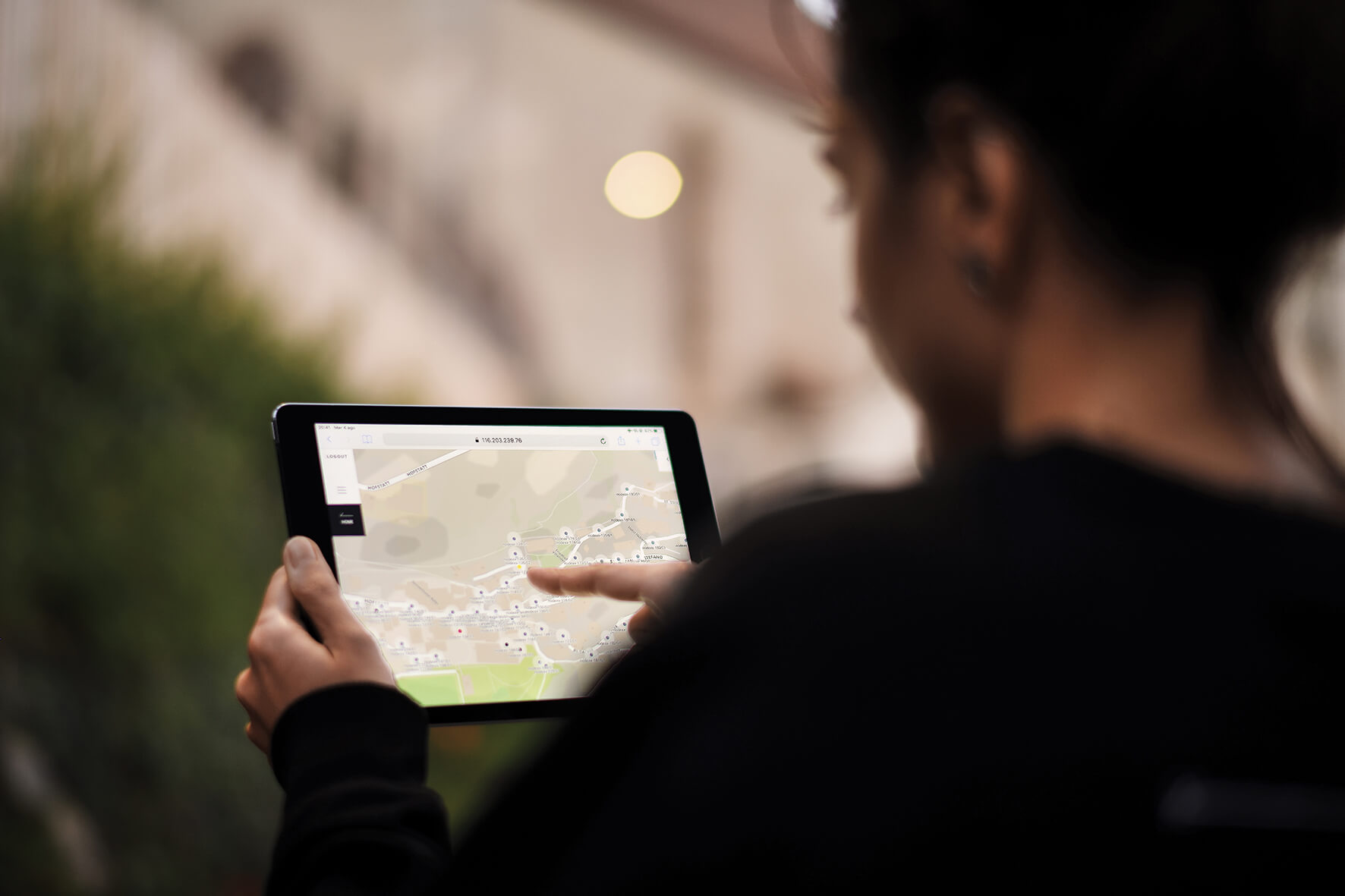 In Villandro (Italy), the energy consumption of public lighting is reduced by 45 % thanks to ewo‘s intelligent lighting management system. The municipality of Villandro recognised the potential of smart lighting early on, and already in 2019, more than 130 smart luminaires from the manufacturer ewo (Cortaccia, South Tyrol) were installed there based on a lighting design concept by Studio Troi and Schenk. Rising electricity prices are forcing administrations to review energy expenditure. And ewo can offer a sustainable solution with intelligent lighting systems. Almost halving Villandro’s expenditure did not require a new installation – just a single click of the mouse to dim certain groups of luminaires at set times. All standards remain fulfilled, safety guaranteed. A convincing reason to use flexible and intelligent lighting systems.

ewo CEO Hannes Wohlgemuth explains: “We found that there was further potential for savings and implemented these together with the responsible planner and the municipality: for example, further to the use of new-generation LED as light sources, we further increased the dimming in the hours after midnight and thus reduced energy consumption. By reducing the annual energy expenditure in Villandro by 45 %, the municipality hardly feels the rising energy prices for public lighting.”

With ewo’s intelligent lighting system, luminaires can be controlled by software via a cloud solution. A major advantage is the possibility to group luminaires so that there are different lighting scenarios for different areas of a city – such as for residential areas, streets, or pedestrian crossings. In Villandro, for example, a reduction in kW/h consumption of up to 69 % was achieved for pedestrian zones and pavements by means of multi-level dimming. Despite strong price increases, the city will thus reduce the annual expenditure for the entire lighting system by up to 45 %, taking on a pioneering role in South Tyrol.

“In view of the high energy prices, we have already thought about cost savings several times in the municipal committee. The proposal from the company ewo contained clear scenarios with calculated light intensity and potential savings for the respective streets. After the first changeover, I received no negative feedback from the population due to the reduced light intensity at night, which is why we went through with the whole concept – from one night to the next, so to speak! I am happy to have installed a smart lighting system with a local partner a few years ago, where each light point can be controlled centrally at the touch of a button and thus dimmed gradually as desired! I am particularly pleased that this lighting system already complies with the new regulations and that we can achieve high savings only by adjusting the existing system without additional investments”, says Mayor Walter Baumgartner about the project.

Due to the smart system, the plant in Villandro was also directly prepared for the new July 5th lighting law of (Provincial Decision No. 477). This law requires a 50 % reduction in night-time lighting. With a simple intervention in the software, it was also possible to react to this immediately. In this way, the municipality was one step ahead, saved on time and was able to achieve potential savings without additional costs. Villandro is thus the first municipality in South Tyrol to have already aligned its entire lighting system with the new directive. This example with the new legislation shows once again how intelligent lighting demonstrates its strength in terms of flexible reactions to rapidly changing circumstances.

Closing words from ewo CEO Hannes Wohlgemuth: “I see the future of lighting very much in intelligent lighting management, which has decisive advantages in terms of sustainable energy use. Seen globally, this trend is already clearly emerging; “smart lighting” will replace conventional systems. We are therefore all the more pleased that regional communities, such as Villandro, have already embarked on this path. We have been investing a lot of time and resources in the development and networking of intelligent lighting systems for years, because we are convinced that these are the future of lighting. Networked systems that react within seconds can and should improve our quality of life and well-being in public spaces”.