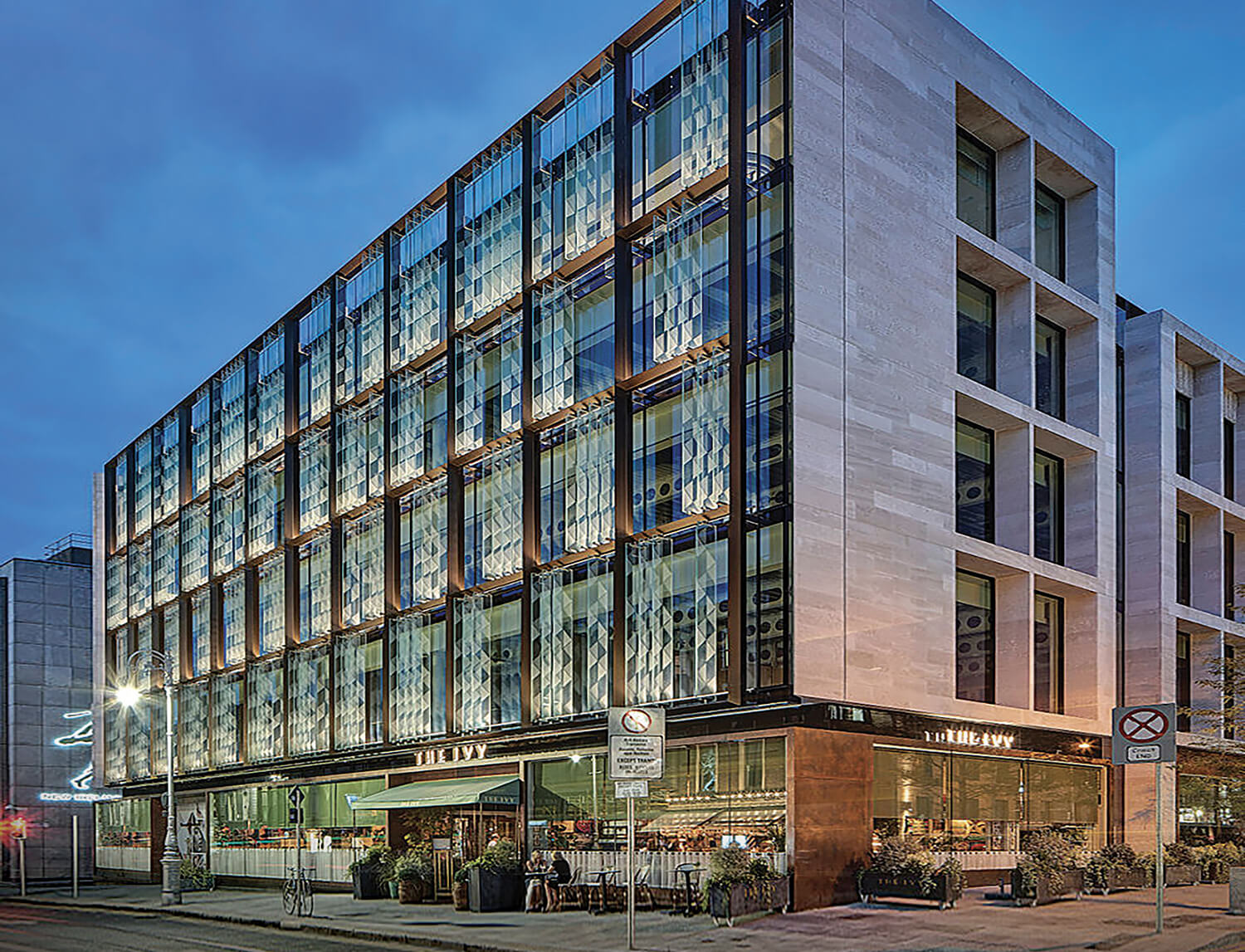 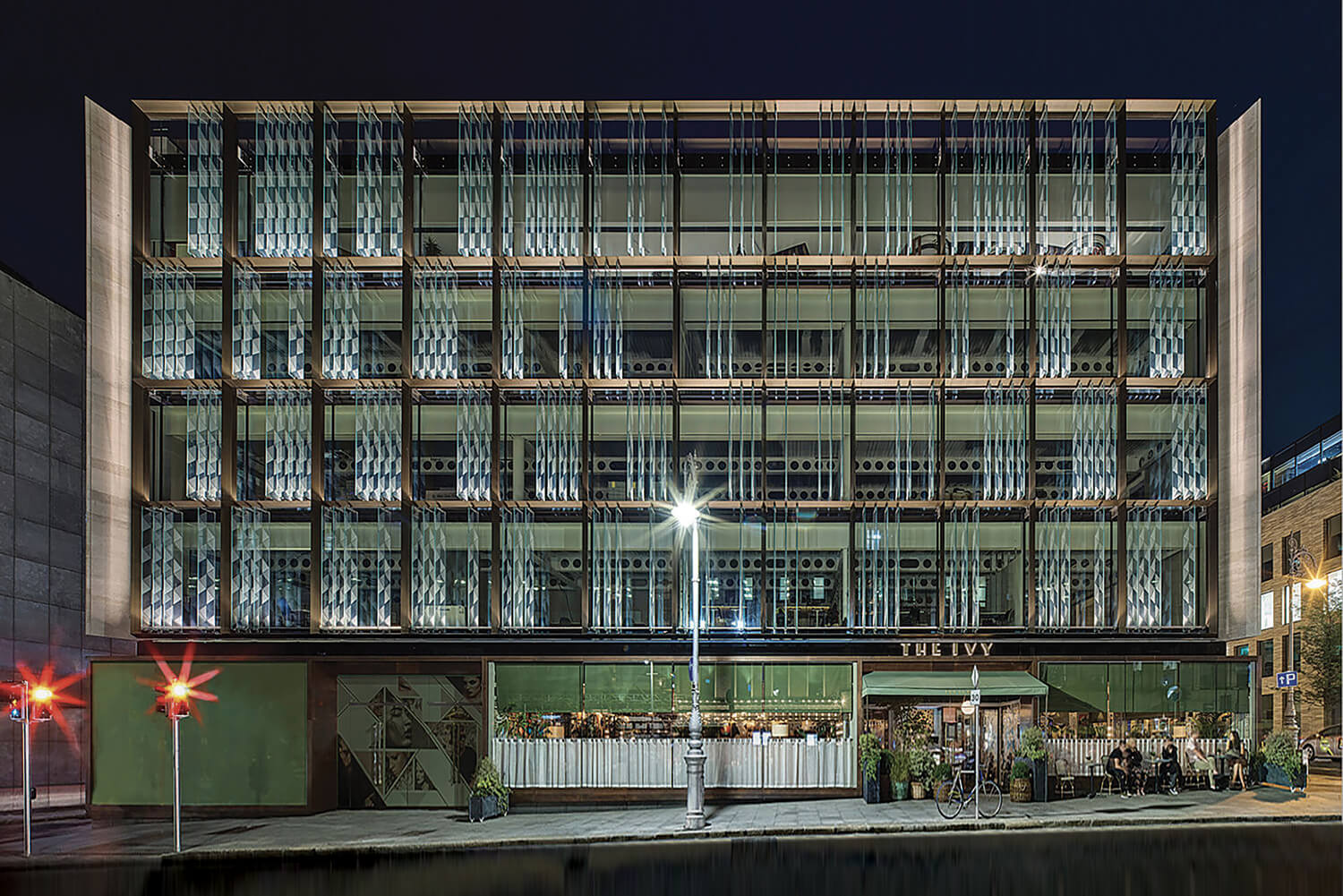 The lighting project by Cariboni Group

One Molesworth Street, built in 2018, is a building carefully designed to integrate within the historic context while at the same time presenting a strong modern civic identity. It is made, both inside and out, of the highest quality materials, that include Portland stone, bronze, travertine and onyx. Each façade reflects the particular characteristics of the streets onto which it faces.

To reflect Dawson Street’s animated, active and commercial nature the façade facing onto this street is open, light and fully glazed. A “floating” filigree metal framework has been created which protrudes out of the main façade and consists of a series of laminated glass fins. The fins can rotate, reflecting light, and occupy the full length of the windows. Bronze-coloured elements clad the building to unify the entire project, from the carefully crafted contours of the shop fronts on the ground floor to the elegantly chamfered frameworks of the offices above.

In order to illuminate the façade of this modern and elegant building, has been chosen the product Banister by Cariboni Group, a LED lighting fixture ideal for uniformly illuminating façades, walkways, stairs, corridors and pedestrian bridges.

Cariboni Group has developed an ad hoc fixing system, which has allowed to place the product on the windowsills to simultaneously illuminate both the lateral surface of the windows, clad with Portland stone, and the glazing of the four upper floors. The glass fins, designed to open and rotate on themselves, have been used to create an evocative light effect, emphasising the particularity of the architecture in the dark hours.

The project has been carried out by the architectural firm Henry J. Lyons & Partners