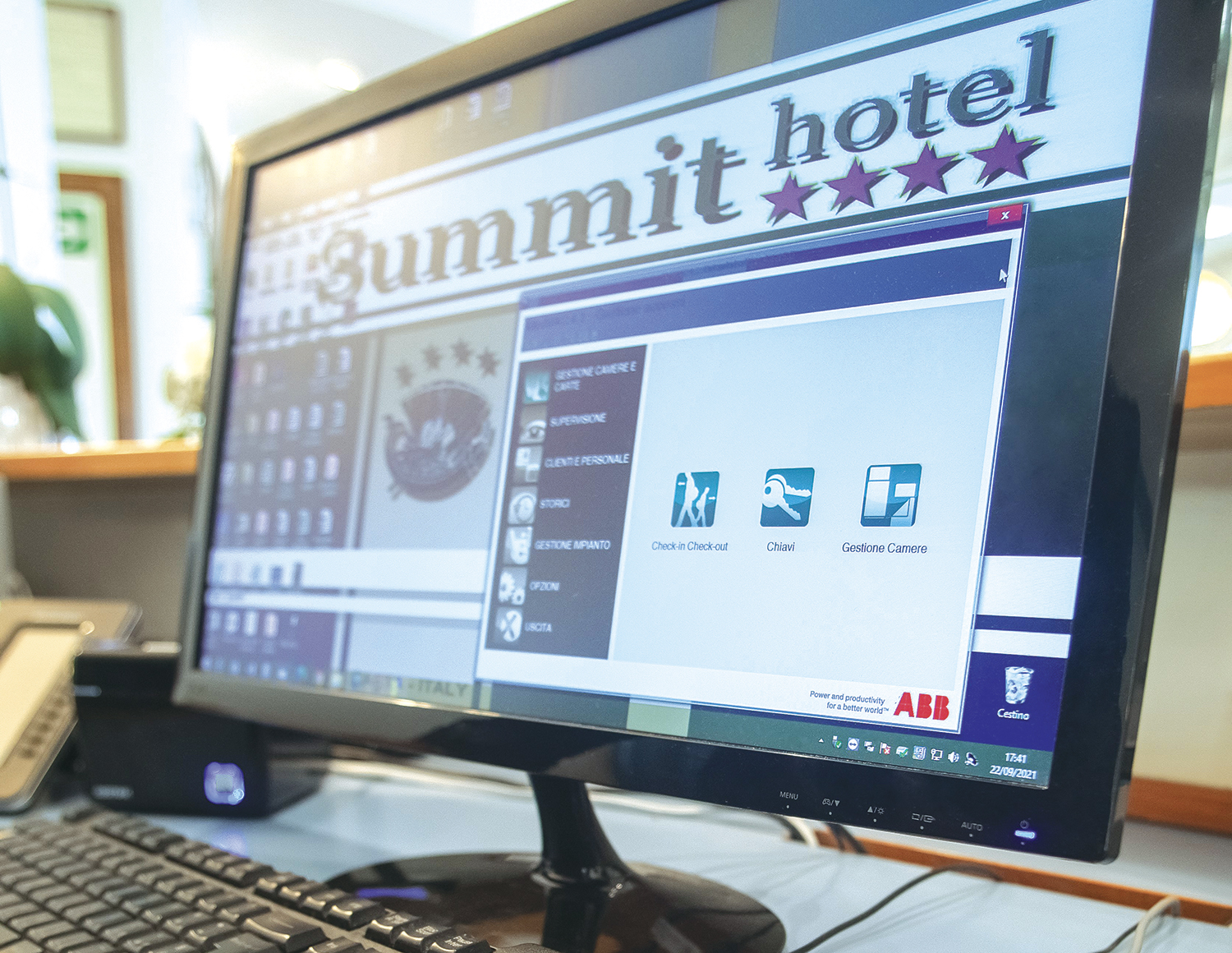 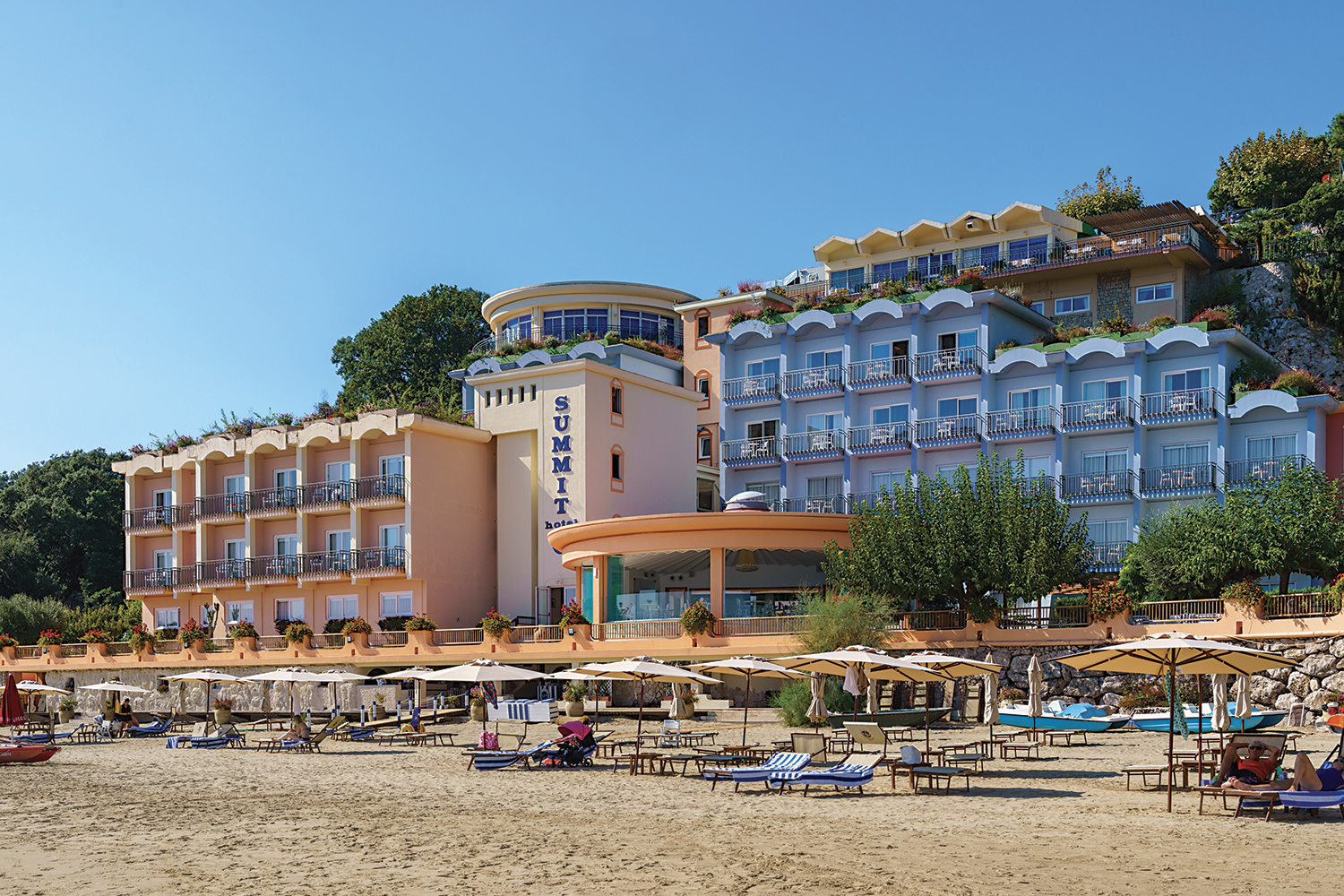 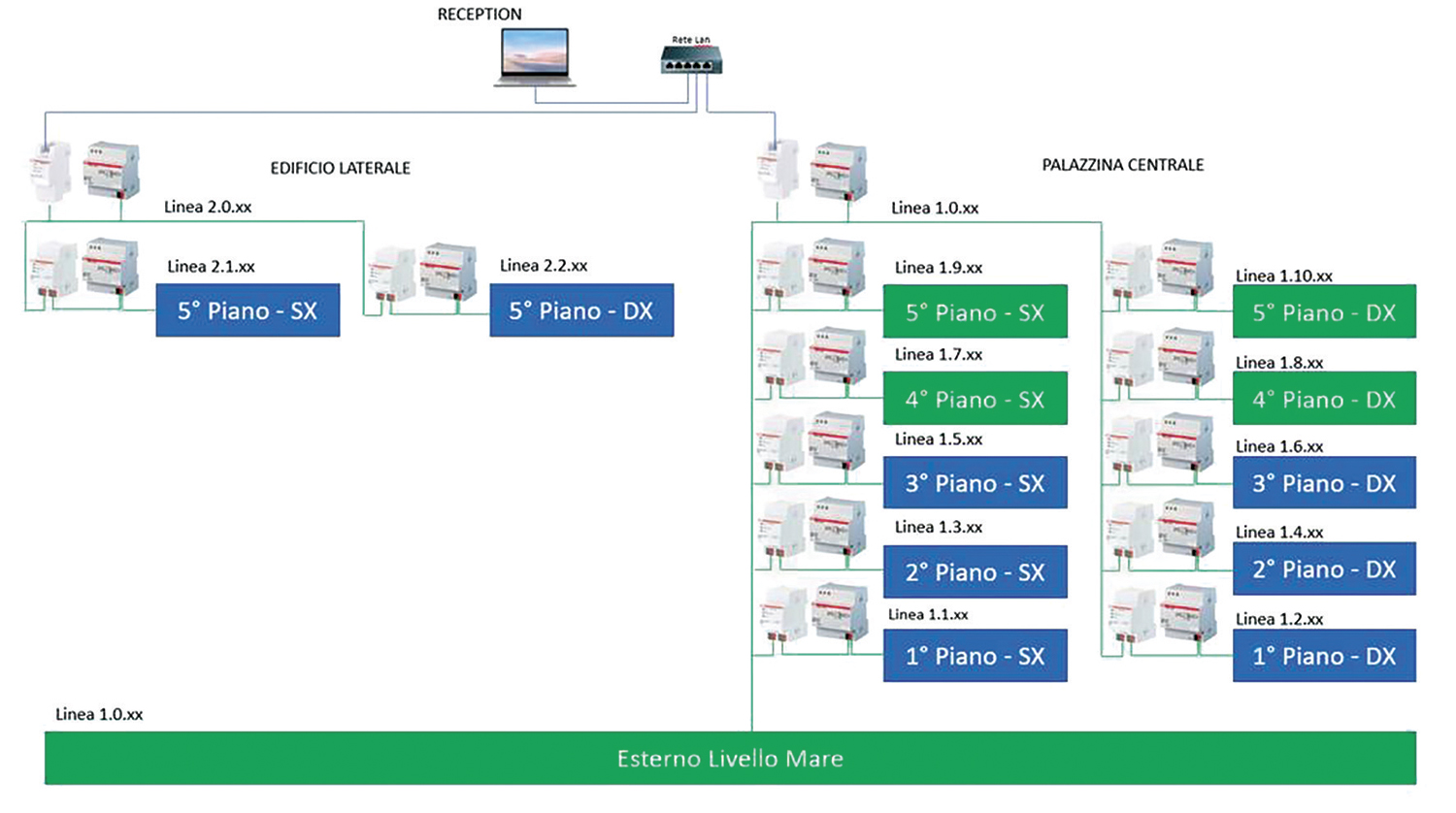 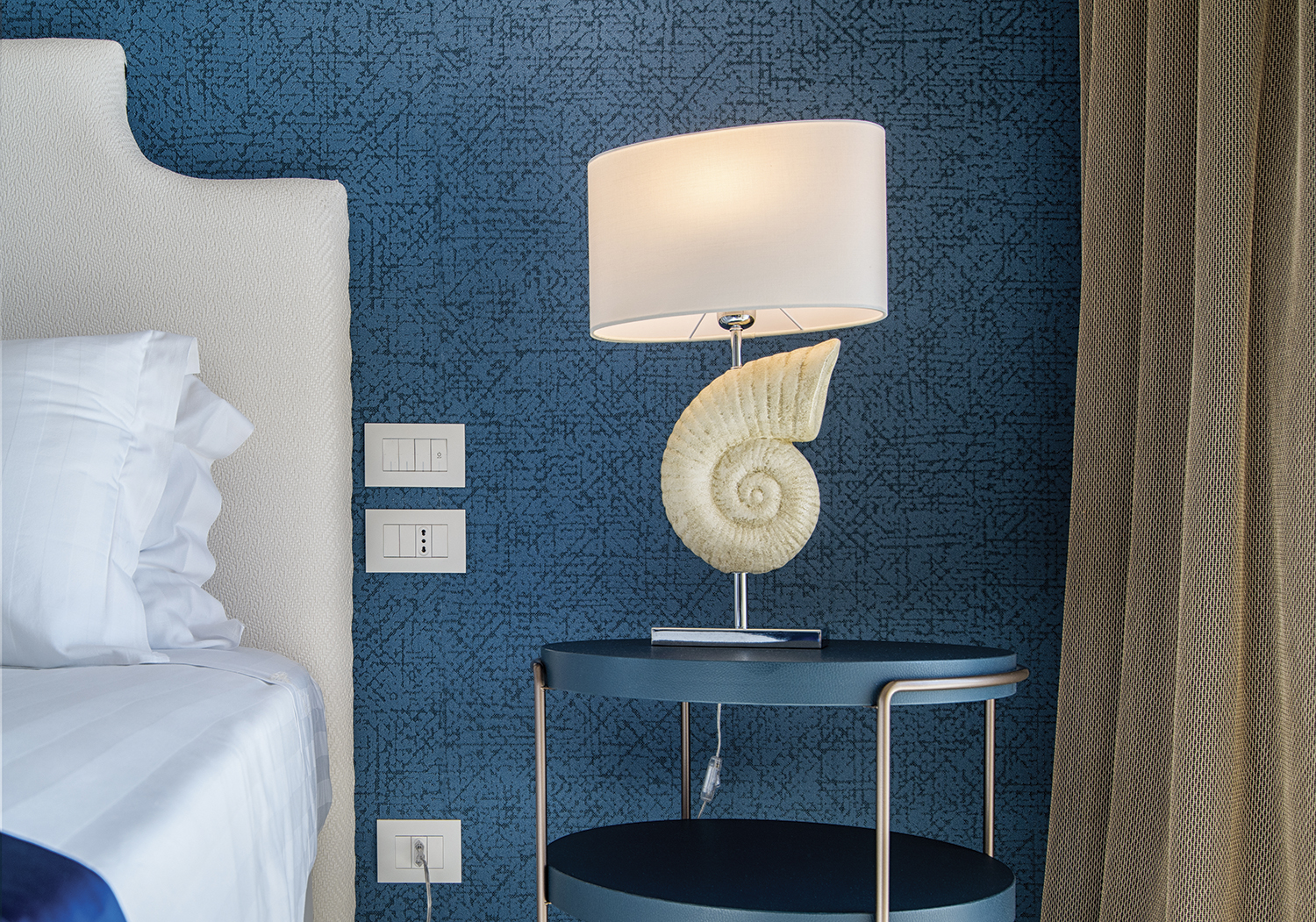 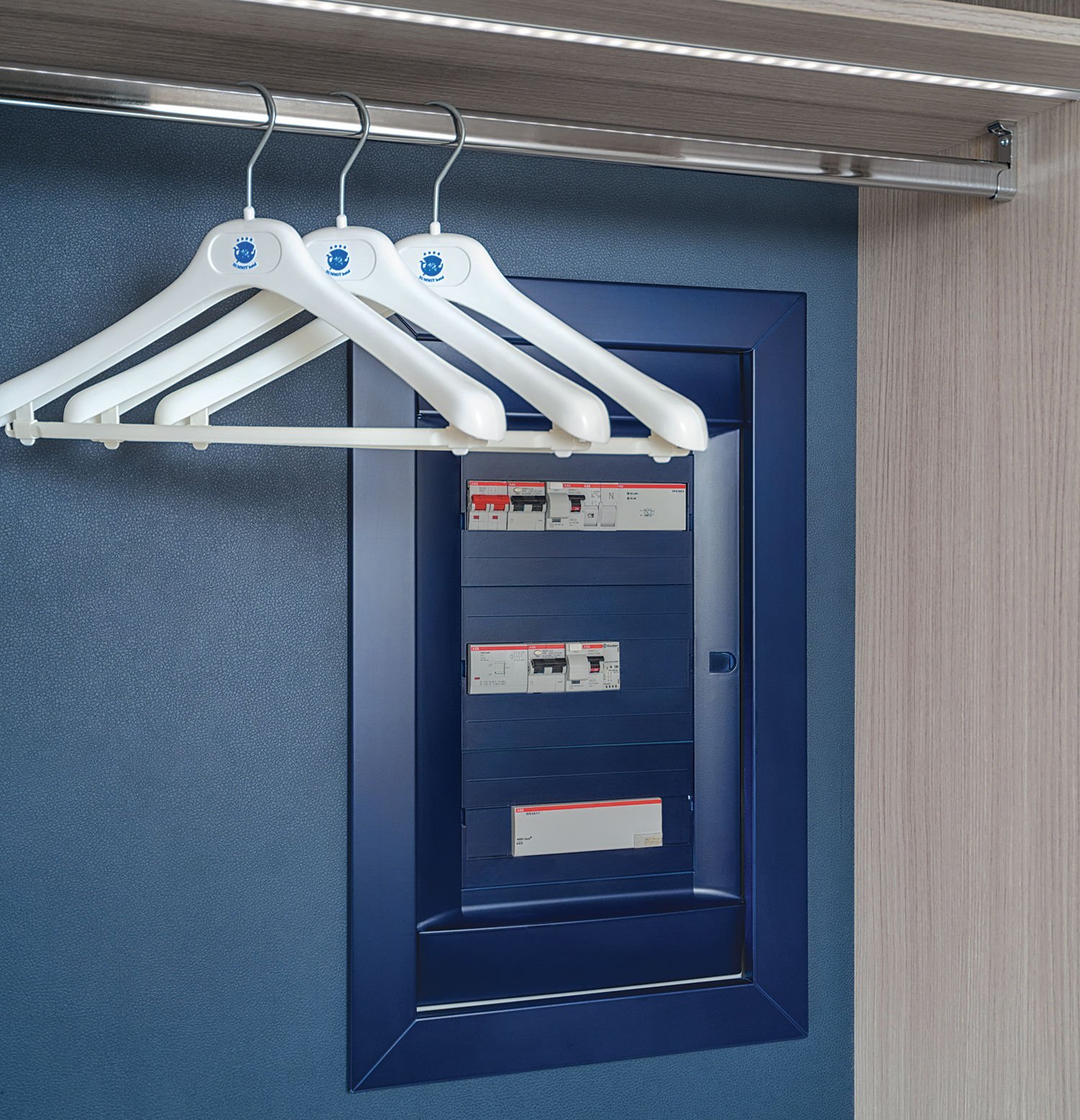 Technology and design with ABB solutions at Hotel Summit in Gaeta, Italy

The Summit Hotel is a four stars hotel overlooking the sea in Gaeta, Italy, and thanks the installation of an ABB i-bus® KNX building automation system the hotel offers the best technology for maximum comfort of hotel guests.

The hotel’s philosophy is the continuous modernization of the structure in order to always have the best technology available for hospitality and in the last year has completely renovated two of the five floors of rooms of the hotel, completely renewing also the access management system and the electrical distribution on the floors choosing ABB’s solutions. ABB offers solution for building automation systems that meet the highest requirements for a modern building control system and is based on proven KNX technology, recognized worldwide as the first open standard for the control of all types of intelligent buildings.

The ABB i-bus® KNX system is open and can therefore also be integrated with higher-level platforms, giving the possibility of having the building in its entirety under control. The building therefore takes on a higher value, becoming an active element, increasing its functionality. The highlight of the installations in the rooms is the ABB-tacteo® KNX system with glass touch controls connected to the ABB i-bus® KNX system. Made of capacitive glass with customizable serigraphy, ABB-tacteo® KNX was created to offer modern design and functionality combined with the functionality and flexibility of KNX systems, ABB-tacteo® KNX combines technology, design and customization. It is a unique way of managing buildings that adapts to different needs. The frameless capacitive glass KNX sensors react without contact and offer unlimited possibilities for creating intelligent networks using the KNX protocol. Available in a variety of colors, the ultra-slim, frameless KNX controls blend harmoniously into any environment – the Summit Hotel chose white.

The functionality is among the most advanced on the market, for example, when you bring your hand close to the control device, it reacts by lighting up. The controls are ultra-thin and theft-proof, being protected by an anti-shoplifting system. With ABB-tacteo® KNX, it was possible to create a customized screen print by choosing from a wide range of icons and configuring the colors and functions of the controls via an online configurator. The construction of the new installations required the installation of new System Pro e Power distribution boards in which Tmax XT moulded case circuit breakers and S200 series modular circuit breakers are installed in addition to power supplies and ABB i-bus® KNX devices. The hotel is built leaning against the rocky outcrop overlooking San Vito Bay, which can be seen alongside the switchgear installed on the fourth floor. The installed ABB i-bus® KNX system manages both the room and the common areas, as well as the outdoor spaces.

In particular in the rooms the system through a Web Server, allows the complete management of:

Visio Electric, a Gaeta-based company specialized in building automation systems and technological systems in general, was selected to carry out these installations. Visio Electric, which has a long-standing relationship with ABB, proposed to the hotel the installation of a KNX standard building automation system in the rooms together with access control for the management of the system in the rooms and common areas, thus proposing what ABB identifies as Augmented Buildings. The programming of the KNX system was carried out by Visio Electric, which can operate the system remotely thanks to the connection created with the KNX Web Server, with the support of Visio technicians from ABB. 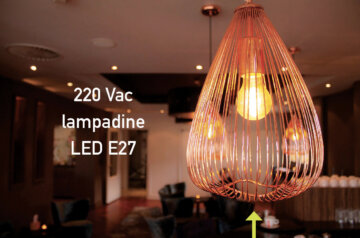 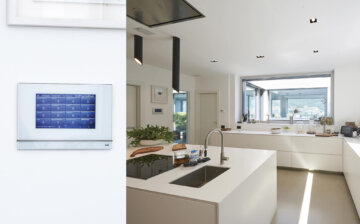